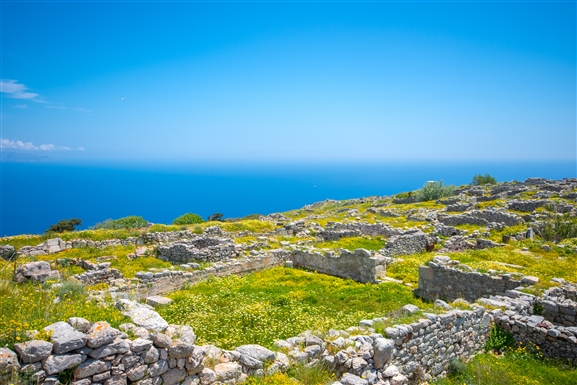 Separating Kamari from Perissa on top of Mesa Vouna is Ancient Thira. This archaeological site, which was first claimed by the Dorians (ancient Greeks) in the 9th century B.C., is home to ruins from the Hellenistic (Greek empire built by Alexander the Great), Roman and Byzantine (eastern Roman empire) eras. Stroll through Ancient Thira and you’ll find ruins of ancient religious sites, a theater, old city administrative buildings and even a gym for military trainees.